and desire for a child 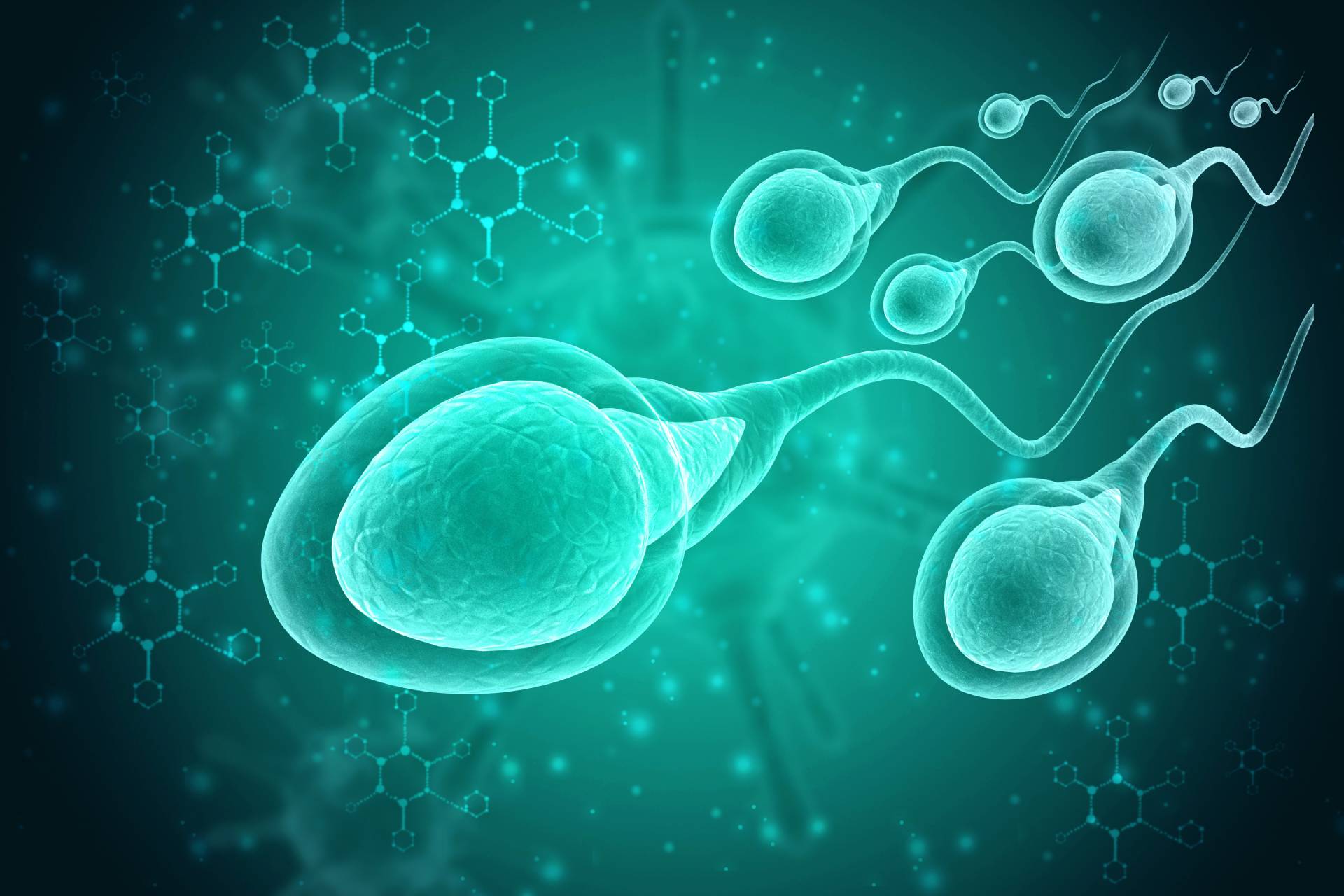 A man’s fertility is usually not a question of his virility but depends on his sperms’ ability to successfully fertilize an ovum. A comprehensive semen analysis, referred to as spermiogram, constitutes an important step towards the assessment of male fertility. A spermiogram is a microscopic analysis of ejaculate (semen) in a laboratory. This examination is fast, simple, and non-invasive. Please see your urologist or andrologist for more information. To get a first clue you can also use a rapid test.

Expenses for a spermiogram average 100 to 200 €. If you have difficulties conceiving or if your gynecologist has recommended semen analysis, there is a fair chance that your health insurance will meet the costs.

For the sake of validity, semen is gathered after two to three days of abstinence. The specimen is collected directly into a sterile container. It is not recommendable to use normal condoms for semen collection, as most condoms contain sperm-harming substances that may cause mortification of spermatozoa. However, if you prefer to gather semen during intercourse special uncoated condoms are available. The semen specimen has to be analyzed in a laboratory about 30 minutes to one hour after collection. A prolonged waiting period or cooling down of the ejaculate may harm the sperm cells. Therefore analysis should commence straight after liquefaction of semen, which usually occurs after 15 to 30 minutes. The analysis focuses on the microscopic assessment of sperm cells regarding their concentration, motility, and shape.

Spermiogram: Values According to WHO

These reference values for the examination of the ejaculate (spermiogram) are revised and redefined at regular intervals by the WHO World Health Organization. They are based on the results of the investigations of fertile men. In the spring of 2010, the 5th edition of the “WHO laboratory manual for the examination and processing of human semen” was published and brought some new ideas with regard to the reference values.

It is important to note that these are not standard values, which can be automatically determined by male infertility. Even men with a poorer sperm quality can get children. The WHO parameters, however, represent a worldwide valid guideline for the assessment of male fertility and allow a standardized and comparable assessment.

The new standard values in detail

Normally the volume itself does not influence fertility. It is the number of sperm cells in the semen that makes the difference.

Usually the specimen should have an alcaline pH. An acid pH may kill sperm cells.

Concentration (sometimes referred to as the “count”)

To find out how many sperms are present in semen, a defined volume of semen is put into the counting chamber of a hemocytometer and spermatozoa are counted with the microscope. Subsequently the total sperm concentration can be projected.

According to WHO guidelines, sperms are grouped into three categories according to their motility: Sperms with progressive motility, motile sperms and immotile perms, that fail to move at all.

Semen quality is considered normal, when at least 50 % of spermatozoa are motile.

This describes the shape of the sperm and is a major aspect for assessing fertility.

Sperms consist of a head, a midpiece and a tail. The head contains the nucleus with the DNA, surrounded anteriorly by an acrosome, which contains enzymes used for penetrating the female egg. The midpiece has many mitochondria, used for energy production for the journey through the female cervix, uterus and uterine tubes. The tail executes the lashing movements that propel the sperm forward.

A minimum of 4 % of all sperms has to be morphologically normal for good semen quality according to WHO criteria.

Sperm may be alive, but not moving. A specialized staining technique using eosin is applied to determine the percentage of sperm alive. Eosin penetrates the cell membrane of dead cells, staining them effectively. The cell membrane of living cells however is impenetrable for eosin, leaving life cells unstained.

Some men may produce antibodies to their own sperm. These antibodies may decrease fertility rates in a number of ways. They may impede the movement of the sperm through a woman’s cervical mucus, inhibit the binding of a sperm to the egg, and/or inhibit its penetration into the egg. The presence of these antibodies is detected by a test called mixed antiglobulin reaction (MAR).

The semen may contain a high number of white blood cells, which may be an indication of either infection or inflammation. White blood cells are considered significant if more than one million are found in each milliliter of the ejaculate.

During fertility treatment, specialized tests may be required in order to select sperms suitable for fertilization. Some clinics offer an examination of sperms with special high-definition microscopes (MSOME) or binding assays using hyaluronic acid-coated Petri dishes (PICSI). Other assays are designed to examine the integrity of sperm-DNA (Halo-test, TUNEL test, and others) to get an impression of the proportion of genetically sound spermatocytes.

According to WHO, liquefaction should occur within 10 to 30 minutes after ejaculation. If this process takes longer, fertility may be impaired because the sperms may not be able to get to their destination quickly enough.

This website uses cookies to improve your experience while you navigate through the website. Out of these, the cookies that are categorized as necessary are stored on your browser as they are essential for the working of basic functionalities of the website. We also use third-party cookies that help us analyze and understand how you use this website. These cookies will be stored in your browser only with your consent. You also have the option to opt-out of these cookies. But opting out of some of these cookies may affect your browsing experience.
Necessary Always Enabled
Necessary cookies are absolutely essential for the website to function properly. These cookies ensure basic functionalities and security features of the website, anonymously.
Functional
Functional cookies help to perform certain functionalities like sharing the content of the website on social media platforms, collect feedbacks, and other third-party features.
Performance
Performance cookies are used to understand and analyze the key performance indexes of the website which helps in delivering a better user experience for the visitors.
Analytics
Analytical cookies are used to understand how visitors interact with the website. These cookies help provide information on metrics the number of visitors, bounce rate, traffic source, etc.
Advertisement
Advertisement cookies are used to provide visitors with relevant ads and marketing campaigns. These cookies track visitors across websites and collect information to provide customized ads.
Others
Other uncategorized cookies are those that are being analyzed and have not been classified into a category as yet.
SAVE & ACCEPT